What causes cataracts? The most common cause of developing cataracts is aging. In fact, the risk of having cataracts begins at the age of 40. The condition worsens over time, leading to vision loss. But there are other causes of cataracts aside from aging. This article lists other cataract causes, including few of the common symptoms. 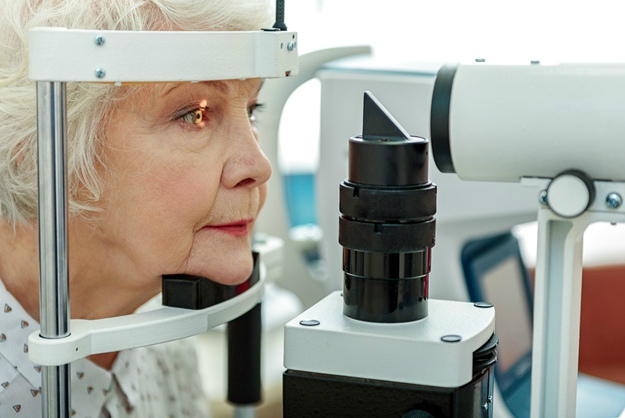 The eyes mainly consist of water and protein. As we grow older, some of the protein may form chunks and cloud a certain area of the eyes lens. This phenomenon is called a cataract. It may grow over time and cause partial or complete vision loss. The good news is the condition is usually treatable through cataract surgery. The process involves removing the natural lens of the eyes then replacing it with an intraocular lens.

There are different types of cataracts that can develop as we age. These are nuclear sclerosis cataracts, cortical cataracts, and posterior subcapsular cataracts. Whatever the type is, cataracts symptoms are more or less the same, including clouding of vision, sensitivity to glare, and difficulty seeing at night.

A recent study has shown that sunlight exposure over many years can increase the possibility of cataracts. Experts suggest that there is a correlation between the ultraviolet rays and oxidative stress. The latter is a process and a major reason for aging and the diseases that come with it, including cataracts. Long exposure to sunlight causes certain chemicals to form in the lens, leading to eye health problems.

One way to prevent cataracts is to protect yourself from the sun. Wear wide-brimmed hats and sunglasses with UVA/UVB protection.

The aqueous humor provides nutrients to our eyes lens, including oxygen and glucose. A person who suffers from diabetes will not have full control of their glucose levels. It may result in high levels of sugar in the aqueous humor. This can lead to swelling, simultaneously affecting vision. Likewise, the lens inside the eye has an enzyme that converts glucose into sorbitol. This sugar alcohol can affect both cells and protein and may eventually result in cataracts. Hypertension is known to cause elevated inflammation which may result in cataracts. Additionally, hypertension also causes the proteins in our eyes lens to change. This causes blurry vision, eventually leading to vision loss. Aside from cataracts, hypertension may also lead to age-related macular degeneration and glaucoma.

While results remain inconsistent, several studies show a connection between obesity and cataracts. Both obesity and abdominal adiposity have been identified as independent risk factors for cataracts. In fact, a 10-year old study has shown a strong association between higher body mass index and an increased risk of posterior subcapsular cataracts. Experts suggest that smokers have higher chances of forming cataracts than non-smokers. The toxins from cigarette smoke cause oxidation in cells, including those in the eye lens. Heavy smoking does not only contribute to cataracts. It also causes a number of eye health problems that ultimately lead to increasing vision loss. According to studies, smokers tend to develop age-related macular degeneration (AMD). AMD damages the retina, which leads to difficulty in reading and driving.

There is a strong association between high myopia and cataracts. In fact, some types of cataracts cause the development of myopia. Patients over 55 with myopia are more prone to developing cataracts. Studies have shown that high alcohol consumption significantly increases the risk of cataracts. Heavy drinking induces microsomal enzyme cytochrome in the liver. Metabolism of this element produces free radicals, which may lead to chunking together of proteins in the eye. This then leads to cataract formation or vision loss.

Your medical history can also affect your vulnerability to cataracts. For instance, a previous eye surgery can cause secondary cataracts. Other conditions including diabetes and excessive use of steroids accelerate the chances of cataracts once a person has already undergone previous eye surgeries.

Neil showcases a short clip of what a cataract is and how it affects our vision:

Cataracts appear to be inevitable as we age, but not unavoidable. Now that you know what causes cataracts, you can change certain habits to avoid them. Live a healthy lifestyle while you are young to prevent the development of cataracts, among other eye diseases. This includes visiting your eye doctor and having eye exams regularly. Eating colorful fruits and vegetables and cutting back on alcohol and tobacco consumption may also help.

Did you find this article valuable to your research about cataracts? Let us know in the comments section below.

Up Next: Blurred Vision: Everything You Need to Know!

Editor’s Note – This post was originally published on November 20, 2017 and has been updated for quality and relevancy.